We’ve had the most exciting (and exhausting) week. We finally got the puppy!

Remu is a mix of Rottweiler, Finnish Hound, German Shephard, Bernese Shephard and English Setter. He is going to grow strong and weigh about 40-50 kilos. Despite the headline “The Powder Puppy”, he hates the cold. Today was the first time he spent more than five minutes outside! Day time of course and both of us outside with him.

We did a punch of “puppy tests” to get to know all of the male puppies. We wanted our little boy to be brave but calm. After dropping our keys on the ground, taking them outside puppy at a time and taking them to other exciting situations, along with the breeder’s comments, we thought we had the one. 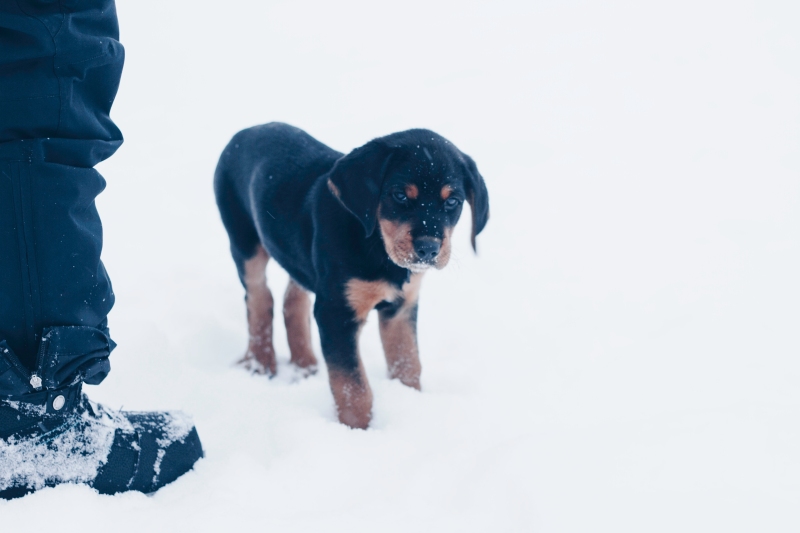 Remu took his space when his sisters and brothers were play fighting and he slept on his own when all of the other puppies slept in a one pile. He was curious about the keys dropped on the floor and cautious about a van outside, but came when called after making sure it was safe.

Now he has been with us for over a week. We cannot say for sure about his character, but he is most definitely a brave little guy. He is curious too and loves basically every one he meets (don’t they all at this age?). But the one thing I am not 100 percent sure of is his calmness. I know everything is new and exciting and maybe little scary, but he keeps running around like a little maniac.

The breeder asked us are we happy with our choice of puppy. I started wandering, how can we not be? We loved him from the first minute we took him, we are not going to start regretting now.

I love the outdoors.